Return of the alliances 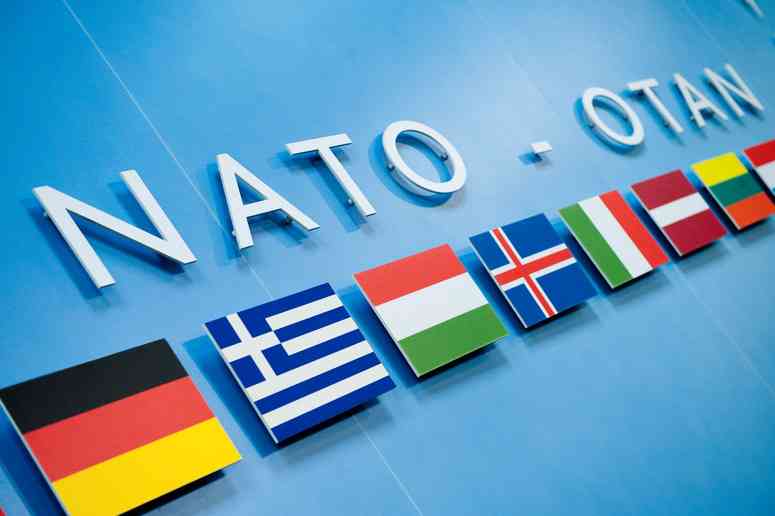 Alliances are as old as civilisation. Older, actually: almost every hunter-gathererer band that anthropologists have studied, from the New Guinea highlanders to the Yanomamo in the Amazon, made alliances with other groups to try to protect themselves.

But they often also ended up fighting people they had no quarrel with.

Right now, the various regional alliances that already exist seem to be consolidating into a single all-embracing alliance system. It was that kind of system that made the First World War happen and we probably don’t want to see that happen again.

Only three years ago, there was only one big alliance in the world: the North Atlantic Treaty Organisation (Nato), founded in 1949, victorious in the Cold War and, more recently, an alliance in search of a new role. Almost everybody in Europe and North America belonged to it.

Apart from that, the United States had bilateral alliances or alliance-like arrangements with a number of countries in the Middle East (Israel), East Asia (Japan, South Korea and perhaps Taiwan) and Oceania (Australia and New Zealand).

Three of the world’s biggest countries, China, India and Russia, had no military alliances worth talking about. Unless you think that the China-North Korea, India-Bhutan and Russia-Armenia alliances count.

It was, in other words, a loosely-coupled world: something could go really bad in one part of the planet and countries in other regions would not necessarily be dragged into it.

The shift began with rising concern in the Asia-Pacific countries and the US about the irresistible rise of president-for-life Xi Jinping to supreme power in China. The response to that was the Quad, formally the Quadrilateral Security Dialogue: the US, India, Australia and Japan.

Founded in 2017, it began as just a talking shop, but after bitter clashes between Indian and Chinese troops on the Himalayan frontier in 2019, India came fully on board, participating in the first joint naval exercises with the other three Quad members in 2020.

Then came AUKUS, an alliance uniting the US, the United Kingdom and Australia, with the initial task of arranging for Australia to get a fleet of nuclear-powered attack submarines. It was transparently designed to challenge China’s territorial ambitions in the South China Sea.

This pretty well completed the architecture for an “Indo-Pacific Nato” whose members would account for about a third of the world’s GDP. The original Nato members account for about 45% of global GDP (although the US and the UK are being double-counted in this reckoning).

While China’s more belligerent style under Xi certainly accounts for the speed at which a counter-balancing alliance took shape in the region, the equal and opposite reaction to this enterprise was the announcement of a “no limits” partnership by Xi and Russian President Vladimir Putin, in early 2022.

All this happened before Russia invaded Ukraine again in February of last year (having done it once already in 2014).

You can see how everybody was reacting in large part to moves by the other “side”, and why Xi backed off quickly from his “no limits” partnership with Russia once he realised how obsessed Putin was with his Ukraine legacy project.

Nevertheless, the game is now afoot and it will be hard to stop. Germany announced that it was doubling its defence budget last February; Japan said it would do the same last month. China is rapidly expanding its armed forces despite a failing economy, and Russia’s growing derangement is hard to ignore.

All the planners and the analysts insist that they have it under control. We shouldn’t worry that we are living through a high-speed replay of the creation of the entangling alliances that dragged everybody into the First World War. This is a different time.

My problem is that I can’t see what is so different about it this time. Outside the specific and well-contained war in Ukraine, there are no great issues of principle at stake and none of the great powers is planning to destroy or subjugate any of the others. (Ukraine is not a great power, so that doesn’t count.)

Count Otto von Bismarck, first Chancellor of the newly united German Empire, remarked in 1878 that “One day the great European War will come out of some damned foolish thing in the Balkans”.

The next great war may come out of some damned foolish thing in the South China Sea. Or the East China Sea, for that matter.

Dyer is a London-based independent journalist. His new book is titled The Shortest History of War.

Reflecting on the export ban for raw lithium
The government does not consider concentrates as raw or unprocessed lithium.
Opinion
By Victor Bhoroma
Jan. 27, 2023

Reform major cities for economic development
The economic ambitions of Zimbabwe to be a middle-income economy by 2030 cannot be achieved, unless urgent action is taken to reform the cities into investment institutions and centres.
Opinion
By Rodney Ndamba
Jan. 27, 2023

Staff turnover: What every employer needs to know
There has been debate about whether turnover affects the performance of the organisation or not.
Opinion
By Memory Nguwi
Jan. 27, 2023

By Victor Bhoroma Jan. 27, 2023
Reflecting on the export ban for raw lithium

By Memory Nguwi Jan. 27, 2023
Staff turnover: What every employer needs to know