A brief history of soccer 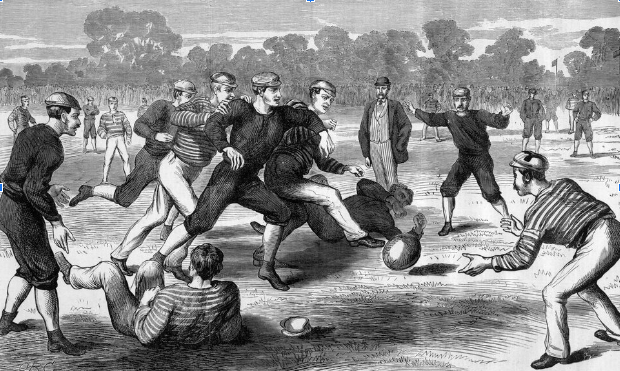 Soccer is a trendy sport in many countries. However, it is the most popular and spectacular sport, counting over 4 billion fans in all countries. It is called a people’s sport because it is available to everyone. Soccer is played by 270 million official athletes around the world. It is most prevalent in Europe, America, and Africa. Soccer matches are played in 208 countries each year, during which everyone wants to see football scores today. In 93 countries, it is the most popular sport, while in the other 115, it is among the top three.

Before the advent of soccer, similar ball games were played in many countries as early as the 4th century BC. It is evidenced by the surviving images of young men with a ball stored in museums. Different countries invented games with different rules:

It is believed that the English were the founders of modern soccer, but it did not come from the harpastum, but from the game “Calcio,” which was invented in the XIV century by the Italians. Now football scores of today’s matches can be viewed online. However, a couple of centuries ago, things were different.

With the emergence of soccer, the first rules

There were college soccer competitions in England in the 19th century, but the rules were different. Sometimes, there were competitions between teams from various educational institutions. In 1846, representatives of several institutions met and worked out the first set of soccer rules. In 1857, the first Sheffield Football Club was formed. In 1871, the first soccer tournament, the FA Cup, was founded. In 1891, the first rule on the penalty kick was adopted, but it was not scored from a certain point but from the line. Also, from 11 meters.

Nowadays, when there is a soccer competition, everyone wants to see live footy scores; a unique atmosphere prevails in stadiums, bars, pubs, and at home in front of TV screens.

In the 1880s, there were more than 100 clubs in the Football Association, and in 1885 this organization allowed players to be paid salaries. As a result, a regular Football League appeared.

On November 30, 1872, the first-ever international tournament was held between the teams of England and Scotland. In 1904, FIFA, the international federation in soccer, the central soccer organization, was founded in Paris. Millions of people come to the country where the competition is held to watch scores of live footy. The desire to win for their favorite team unites all fans and supporters.