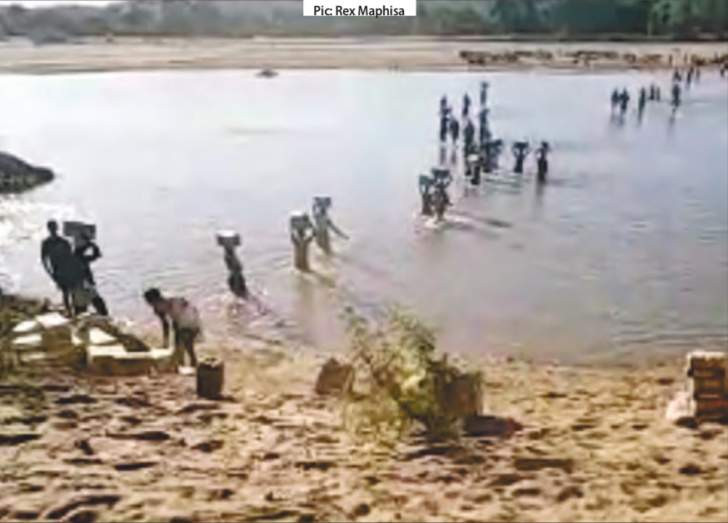 ZIMBABWE recorded the highest outflow of citizens fleeing the country in 2021 compared to other previous years since 1980 as the deepening socio-economic crisis shows no signs of abating under President Emmerson Mnangagwa’s government.

The national population and housing census was carried out in April this year.

“The number of emigrants has been increasing since the 1980s,” the ZimStat report read.

According to ZimStat, a total of 908 914 left Zimbabwe during the census period held from April 21-30, with 84% of them seeking greener pastures.

South Africa emerged as the major destination of choice for Zimbabwean emigrants, accounting for 85%, while 5% were residing in Botswana and 3% in the United Kingdom.

Zimbabwe has over the years seen an increase in the number of remittances from the diaspora as more citizens leave the country in search of greener pastures.

Diaspora remittances to Zimbabwe surged from US$1 billion in 2020 to US$1,4 billion last year.

ZimStat director-general Taguma Mahonde said: “A total of 908 914 people emigrated from Zimbabwe at the time of the census. There were more males, 59% than females, 41% among the emigrants at the time of their departure.

“For males and females, the highest proportion, 28% of the emigrants were from the 20 to 24 years age group. The number of emigrants declined by age and very few emigrants, 2% emigrated after attaining the age 50 and above. Eighty-four percent of the emigrants were between 15 and 39 years of age. Males were generally dominant across all age groups, save for the 65 years and above.”

Zimbabwe has in the past two years been battling an exodus of skilled and unskilled citizens, forcing neighbouring South Africa to put in place various mechanisms, including tightening its borders.

Estimates put five million Zimbabweans as domiciled in foreign lands, with the majority of them — around three million — in South Africa.

Pressure groups in South Africa have staged protests targeted at Zimbabweans and other foreigners, accusing them of stealing their jobs.

In an incident exposing frustration over the influx of Zimbabweans, videos of a medical doctor and Limpopo provincial Member of the Executive Committee, Phophi Ramathuba abusing a Zimbabwean patient at a hospital in South Africa went viral on social media last week.

The census results further show that 90% of the emigrants who were 10 years and above were not working at the time of departure.

There were more male than female emigrants for each of the 10 provinces with professionals, service and sales workers and craft and related trades workers accounted for 58% of the emigrants.

International Organisation for Migration chief of mission Mario Lito Malanca urged the country to come up with a migration report on an annual basis for policymaking and developmental programming.

“The highly libel migration statistics presented here points out the importance of advancing the aspirations of national labour migration relations policy which has three main pillars for the migration governance protection and empowerment of migrant workers as well as migration data,” Malanca said.

“Zimbabwe is a very resilient society as indicated in the face of climate change, natural disasters and other challenges. In this respect communities and individuals need to be empowered in one way or the other in order to build some form of resilience in the face of these challenges.”

Academic Kudzai Mangombe urged ZimStat to gather data on the working conditions of the emigrants and whether they attained citizenship to help in policymaking.