Help us lobby for reforms, Chamisa pleads with SA 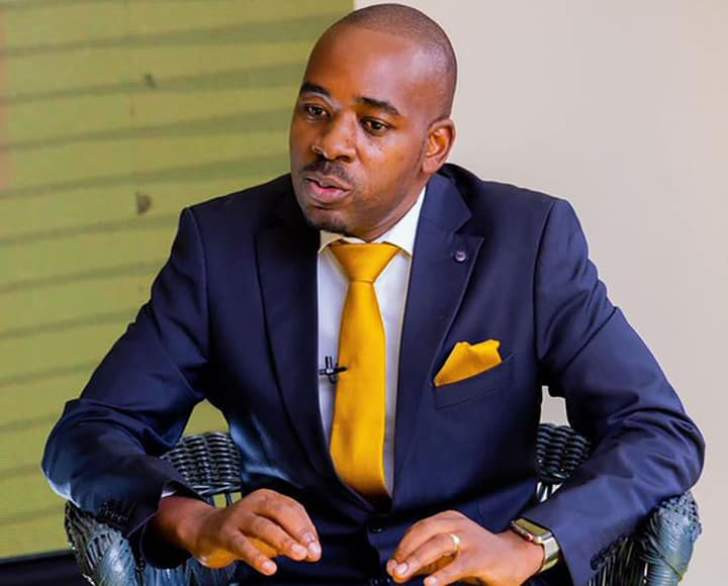 Opposition Citizens Coalition for Change (CCC) leader Nelson Chamisa has called on South Africa’s ruling African National Congress (ANC) party and other political parties in the neighbouring country to rally behind Zimbabweans who are calling for electoral reforms ahead of next year’s general elections.

The lobby comes as South Africa is considering charging neighbouring countries for health services it offers to foreigners.

This was revealed by South Africa’s Health minister Joe Phaahla during a visit to Kalafong Hospital in Atteridgeville recently, where Operation Dudula members blocked foreign nationals from entering the hospital.

In a report by the South African national broadcaster SABC, Phaahla said: “Every government has a responsibility to its citizens, so we need to hold them accountable for their responsibility. There have been suggestions and acknowledgement that the issue of additional services from neighbours does add additional pressure and that we must find ways to deal with it, including possibilities of contributions for some of the services by the governments of the neighbouring countries.”

Speaking on a South African radio station on the immigration crisis facing Zimbabwe whose citizens have been forced to endure all manner of ill-treatment in foreign countries, Chamisa pleaded with Pretoria to give Zimbabweans a “breather” until the country holds its crucial elections next year.

“I have made a request to the relevant authorities in South Africa to say why don’t you give some kind of breather to brothers and sisters in Zimbabwe who have some very difficult circumstances until we fix our own problems and we have just about 10 months to fix our problems through an election,” Chamisa said.

“But also the ANC and other political parties in South Africa (such as) EFF [Economic Freedom Fighters], DA  [Democratic Alliance] and other progressive groups should support Zimbabweans in their call for free and fair elections. We are already in the election season and Zanu PF in its default mode of violence, terrorism, coercion and intimidation. We want to see solidarity from South Africa to dissuade Zanu PF from doing these kind of things. In the past we have seen that Zanu PF is treated with a   very kind hand when they are treating their fellow citizens in a bad way.”

The South African government has been blamed for defending abuse of human rights perpetrated by the Zimbabwean government.

Millions of undocumented Zimbabwean are staying in foreign countries after fleeing from an unrelenting economic crisis, that has seen the bulk of the population living in abject poverty.

Videos of a medical doctor and Limpopo provincial Member of the Executive Committee Phophi Ramathuba abusing patients at a hospital in South Africa went viral on social media last week.

But South African President Cyril Rhamaphosa called for a serious meeting of African heads of State on the matter of migration in response to Ramathuba’s outbursts on immigrants.

Chamisa, however, implored ANC not to side with the ruling Zanu PF party, but to promote human rights and listen to the voice of Zimbabweans.

“It’s not by choice that Zimbabweans have to be exposed to such indignity. We are not bad people as Zimbabweans. We are not criminals. It is because of political circumstances. We are good neighbours, when we are in problems we should help each other. We are not trying to ask for something that is impossible.

“Zimbabwean problems are going to be solved by Zimbabweans. We do not expect a Messiah from outside, anywhere to come and help us. There has been a very impossible situation where our neighbours have chosen to listen to Zanu PF’s voice more than the voice of the oppressed.

“Zanu PF has become a crocodile liberator. They have abandoned all the ideals of the liberation struggle.  They are now oppressors. They have become a black apartheid against their people,” he added.

Zanu PF spokesperson Christopher Mutsvangwa could not be reached for comment.