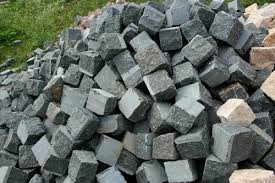 GOVERNMENT has granted a three-month moratorium on the ban of raw granite exports for operators in the granite sector to enable them to finalise beneficiation plans.

The government recently banned the exportation of unprocessed granite unless authorised by the Minister of Mines and Mining Development as part of efforts to accelerate the beneficiation of minerals.

Statutory Instrument 127 of 2022, the Mines and Minerals (Prohibition Order of Exportations of Unprocessed Granite) Notice, 2022, was gazetted by Mines and Mining Development minister, Winston Chitando in terms of section 3 of the Base Minerals Export Control Act.

However, pre-existing valid contracts for the export of unprocessed granite will be allowed to continue until they expire, which will give many in the business time to set up cutting and polishing operations within Zimbabwe or hire others to do so.

The moratorium follows an outcry by operators in the granite sector who pointed out that the import ban was abrupt and had disrupted the processes put in place to start beneficiation of the mineral. They noted that the sudden ban had threatened more than 2 600 jobs in the sector.

“Government has given us a grace period of three months over the ban which expires at the end of October. This was agreed after granite operators met the government.

“We explained that we have already started the process of beneficiation and some of us have brought the machinery into the country. We are not fighting the beneficiation agenda, we just need more time to set it up,” one of the operators said.

Some granite operators had already begun downsizing their workforce after the announcement of the ban with one operator retrenching 40 workers.

However, Mines and Mining Development deputy minister Polite Kambamura said the grace period had not been extended to all granite operators but those who   had shown proof of commitment towards the beneficiation process.

“We have given a grace period only to those who have proof of commitment towards the beneficiation plans and not to all of them. We   put a ban on granite exports because we want local value addition and beneficiation of our minerals as indicated under the National Development Strategy 1,” Kambamura said.

He added that his ministry had visited the operations of those who had applied for a reprieve to see what they were doing towards beneficiation of the mineral and were impressed with progress being made.

Granite is mainly extracted in Mutoko and Mt Darwin where producers are exporting granite in its raw form.

Producers are already wailing from various operational challenges, which include power outages and foreign currency shortages, resulting in the closure of half of the operating companies over the past two years.

About 56% of Zimbabwe’s granite goes to Mozambique, and the rest, according to the Minerals Marketing Corporation of Zimbabwe, is exported to Italy, South Africa, Germany, Spain, the United Kingdom, China, Japan, Malaysia, Singapore, Argentina, the United States and Canada.

In general, a one-square-metre slab of raw granite that is 8mm thick sells for between US$50 and US$60.

People buying the granite in Zimbabwe are paying about US$130 per square metre.

Graniteside the new China City for plastics… authorities sweat over accumulating plastic waste
The Chinese-made goods have turned the once bustling industrial area of Graniteside into a mini-China City.
Local News
By Elma Zhoya
Feb. 3, 2023 State to amend charges on US$2m money laundering case
The trial started with certain changes being made in front of the court as the state prosecutor notified the court of amendments to be made to the charge sheet.
Local News
By Nqobizwe Thebe
Feb. 3, 2023

By Kudzai Kuwaza Feb. 3, 2023
Nssa caves in to pensioners pressure