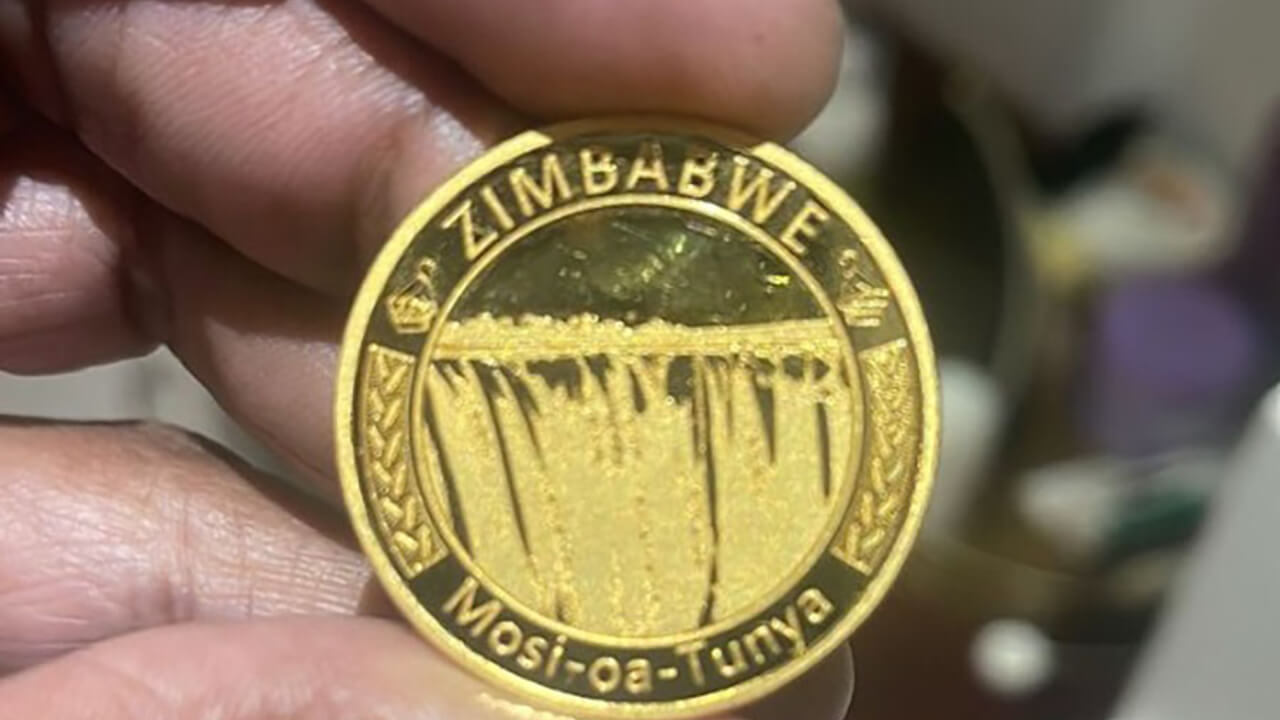 Zimbabwe’s annual inflation rate is being driven by the local currency continually losing value, falling from $108,66 to a current $413,43 against the US dollar.

On July 4, the Reserve Bank of Zimbabwe announced the introduction of gold coins as an alternative store of value to the United States dollar as the bank scrambled to find solutions for the collapsing local currency.

The idea behind these coins was to reduce the demand for the greenback while also wiping out the nearly $1 trillion local currency that is fuelling the annual inflation rate pegged at 191,6% as of June.

Zimbabwe’s annual inflation rate is being driven by the local currency continually losing value, falling from $108,66 to a current $413,43 against the US dollar.

The fall is steeper on the parallel market as the greenback trades for $850, down from $200 at the beginning of the year.

That disparity between the official and parallel forex rates is what IH Securities warned would give the biggest arbitrage opportunity on the gold coins.

IH Securities continued: “Given the real effective value of the gold coin in US$ versus the implied price in RTGS there is a clear opportunity for arbitrage. Of concern is how the gap between the implied RTGS price and the effective US$ price will be funded.”

At current international spot prices, the coin is worth US$1 711 but is expected to have a cost of nearly US$1 796,55 as the central bank will add a 5% charge on top of the coin, hence, the extra $32 000 for two coins mentioned by IH Securities.

The 5% charge will be to cover the cost of production and distribution of the coin on a payment versus delivery basis.

Upon purchasing the gold coin, the central bank is on record stating that the buyer will be able to take physical possession of the coin along with a bearer certificate acknowledging ownership.

“The gold coins will be available for sale in both local currency (ZW$) and United States Dollars (US$) at a price based on the prevailing international price of gold and the cost of production,” IH Securities said.

“The interbank rate has been set as the sole commercial exchange rate to be used in formal transactions and against that background, there is a potential US$ gain on the arbitrage created for those with access to the coins.”

Further, whilst the coin can only be sold to approved agents of the central bank after 180 days, the RBZ governor John Mangudya says that the coin can be sold to international players and locals willing to buy the coin.

“If you want to sell your gold coin to your friend you sell it and also give your friend the bearer certificate,” Mangudya told the paper in WhatsApp messages.

He said after seeing how successful the gold coins would be in the market, they wouldn’t rule out developing Visa cards for the yellow mineral.

“It’s a development that will be feasible after the launch of the gold coins,” Mangudya said.

Based on current monthly salaries from both the public and private sectors, the majority of workers earn between ZWL35 000 and ZWL120 000, on average, meaning purchasing the gold coins will only be for high income earners.

This is because the average salaries are lower than the cost of living which was $110 550 for a family of six as of June, according to the Zimbabwe National Statistics Agency.

The figure, however, is lower than independent estimates that place the cost of living at well over $150 000 currently.

Resultantly, only high-income earners, corrupt officials, business executives, companies, and firms will afford the gold coins, amid a depreciating Zimbabwe dollar that continues to force consumers to reorganise their monthly priorities.

These high income earners are the ones expected to make serious gains on the arbitrage opportunity.