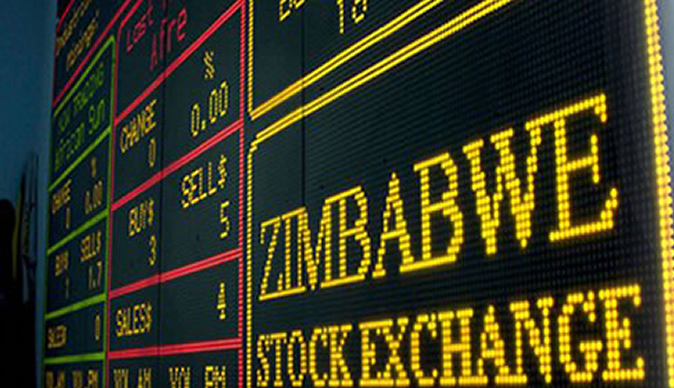 Facing headwinds ranging from a battered currency to steep surges in inflation, the government announced unprecedented radical monetary policy shifts on May 7, banning bank lending and tightening the screws from stocks trading to supermarkets.

RESEARCHERS at Inter-Horizon Securities (IH) have projected reduced activity on the Zimbabwe Stock Exchange (ZSE) as speculators exit the market following tough trading measures laid down by the government.

Facing headwinds ranging from a battered currency to steep surges in inflation, the government announced unprecedented radical monetary policy shifts on May 7, banning bank lending and tightening the screws from stocks trading to supermarkets.

Government also suspended third party country payments on foreign obligations in a bid to foster market discipline within the foreign payment system, among some of the measures.

However, in its analysis of these new measures, IH anticipated a bloodbath on the stock market.

“Capital gains tax was reviewed from a flat rate of 20% to 40% for shares held for a period less than 270 days.

“On this backdrop, we are likely going to experience reduced activity on the Zimbabwe Stock Exchange,” the researchers said.

“We anticipate net selling on the bourse as there are high chances speculators and arbitrageurs will start exiting the market.

“We are of the view that investors will return to valuation fundamentals as ‘bad money’ leaves the market.”

IH, however, said even though the stock market will see less activity from speculators and arbitrageurs, a portion of genuine retail investors may also be swept away.

“The market will revert to traditional pension funds, asset managers, and conventional investors.

“There may be significant short-term selling for those who need to turn back to cash and crystallise returns to cushion against what seems to be a proposed 40% haircut on gains,” it said.

“Daily liquidity is likely to drop as the market reverts to a more normalised modus operandi.

“However, there is still elevated inflation and limited asset classes outside equities to protect value, so we believe at the right levels, aggregate demand will return to equities.”

The researchers said in the short term there will be fragile stability within the exchange rate domain as demand for forex decreases.

“A lack of affordable debt from banks may decrease demand for forex that was required for purchase of capital goods during economic expansion. Slowing economic activity will necessitate additional measures perhaps in the form of expansionary policy. This could then be interpreted as an unstable policy environment,” it said.

Inflation will be a constant threat driven by global increments in tariffs and pricing in energy, they said.

With the government having suspended lending by banks in its quest to control money supply, IH said net interest income was likely going to face some headwinds.

Based on 2021 banking industry financial statements, banks had reverted to the core business of lending after periods of subdued activity within the business line due to currency and inflation challenges.

“Depending on the length of this lending suspension, there might be chances of unregulated lending sprouting,” the researchers said.

“We are also concerned production might be affected as genuine borrowers are adversely impacted by this measure, which is targeting speculative borrowers and arbitrageurs.”

“Sadly, there will be adverse consequences within the private sector.

“There is only precedence we find for this kind of policy intervention, being Ethiopia in 2021.”

They observed a clear preference by businesses to use the Zimbabwe dollar leverage to fund expansion or working capital and hold the United States dollar cash or cash denominated assets to grow or preserve the balance sheet.

“The new measures may compel business to liquidate those United States dollar holdings to fund Zimbabwe dollar working capital requirements, a potential boon to the interbank market, which may work towards supporting the domestic currency,” the researchers said.

“We assume this is informing part of the thought process within the government.

“With lending being suspended, broad money growth should wane; this may have a direct impact on the parallel market.”