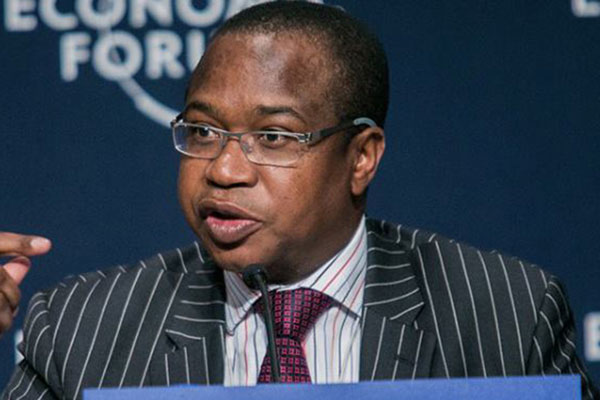 Finance and Economic Development minister Mthuli Ncube had projected in November that growth would come through at 5,5% this year, riding on rebounding international commodity prices, as pandemic jitters fizzle out.

BY SHAME MAKOSHORI CONFIDENCE in Zimbabwe as an investment destination suffered fresh knocks during the first half of the year, a new report said on Friday, a day after government cut 2022 growth targets to 4,6%.

Finance and Economic Development minister Mthuli Ncube had projected in November that growth would come through at 5,5% this year, riding on rebounding international commodity prices, as pandemic jitters fizzle out.

One of the indications that confidence was waning was the Zimbabwe Stock Exchange (ZSE), which hit its worst patch in seven years, IH said.

Zimbabwe’s economic crisis worsened during the period, with annual inflation galloping to 191% last month, the highest such rate in southern Africa.

On Thursday, Ncube moved to cool off the turbulences through a series of measures.

But markets remained worried that disposable incomes – the heartthrob of economic stability – would remain low after his decision to hike tax free incomes to only $50 000 (about US$50) per month, from the $25 000 (about US$25) announced in November.

“Confidence levels have weakened over the first half of the year as evidenced by frequent, erratic movements in the parallel exchange market and an increase in rent seeking behaviour,” IH said.

“The recent fluid policy environment ironically re-affirmed pre-existing investor apprehension. Policy measures introduced prior to the 2022 mid term budget attempted to preserve gains made in the productive sector during the 2020/21 period by employing mechanisms to contain inflation. The mid term budget itself seemed aimed at the consumer side of the equation to defend disposable incomes and therefore support consumer demand levels. Reviewing civil servants’ salaries and tax-free thresholds will go a long way in cushioning the formally employed consumer,” the paper said.

“A combination of restricted lending and higher interest rates compelled investors to unwind positions and unlock funds from the stock market. The bear market has resulted in the ZSE trading far below the seven-year average speaking to buying opportunities in selective counters. Government has revised downwards its growth forecast from 5,5% to 4,6% citing developments in the global space as well as a lacklustre agriculture performance. Government forecasts agricultural output is now below earlier expectations given erratic, unevenly distributed rains with maize expected to come in 43% lower than the previous harvest leaving a deficit of at least 300 000 tonnes. GDP growth outlook is premised primarily on improved performance from the mining, manufacturing and as well as energy sector. Mining is expected to grow by 9,5% (revised up from 8%) in 2022 benefiting from favourable international commodity prices, reopening of closed mines and increased exploration by the private sector. In the manufacturing sector, average industry capacity utilisation has reached 56% from 47% in 2021.